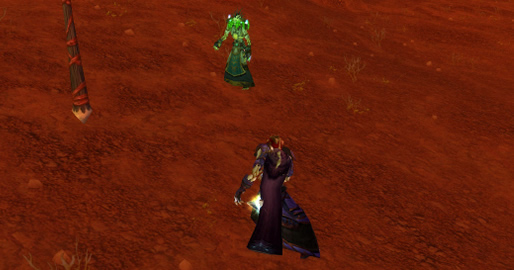 Cover your opponents in green paint! 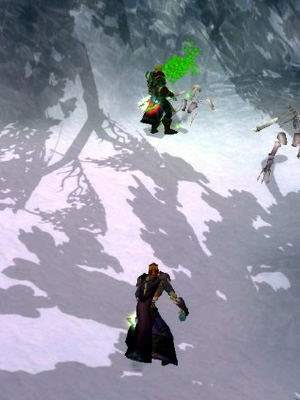 Paint Bombs can be thrown at enemy players, covering them in green paint for up to 15 minutes. The Paint Bomb puts a debuff on enemy players, but the debuff is strictly visual. It has no harmful effect, and does nothing else apart from turning the player green. 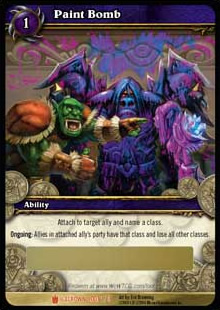 The green Paint Bomb debuff is similar to that of the Animal Blood debuff, in that it can only be removed by submerging your character in water.

Each loot code rewards the player with a stack of 50 Paint Bombs. Paint Bombs are stackable up to 250.

On use, your character will hurl a tiny bottle at an enemy player, which is followed up by the sound of breaking glass. One small bummer about the Paint Bomb is that there is a short cast time, and they cannot be used while moving. Not a huge deal, but it does make it harder to douse your enemies with these things as you charge across the battlefield.

The Paint Bomb loot card is very common, being found in 1/11 booster packs from the Icecrown expansion set. Icecrown booster boxes go for about $65 each on ebay, so the average cost to obtain one of these cards from a pack would be around $30.00.

The average price for a Paint Bomb loot card on ebay… only about $5.00!