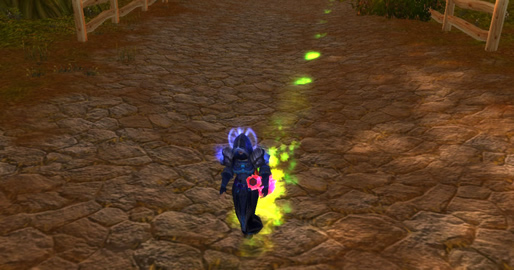 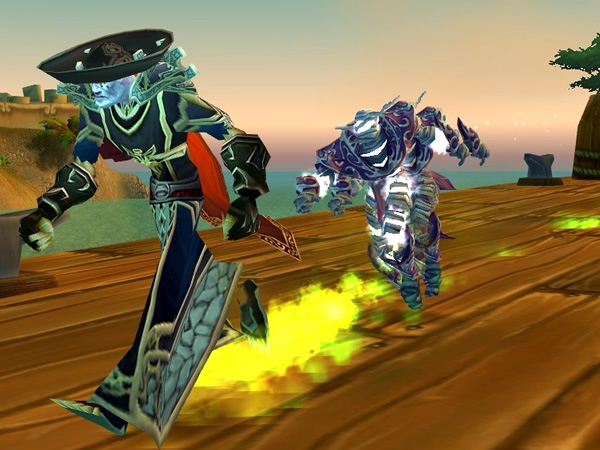 Path of Illidan creates a trail of Felfire in your wake for 5 minutes. Just as with Path of Cenarius, this item is usable in any form apart from Druid Flight Form. Also, the effect is lost upon either mounting or dying.

Bust out your Glaives, use one of the charges from this item, throw on your Demon Hunter's Aspect costume for good measure, and you'll be sure to turn a few heads.

The Footsteps of Illidan loot card grants players with 50 charges of the Path of Illidan. These charges are stackable up to 250.

The Footsteps of Illidan loot card is found in 1/11 booster packs from the Hunt for Illidan expansion set. Hunt for Illidan booster boxes go for about $65 each on ebay, so the average cost to obtain one of these cards from a pack would be around $30.00.

The average price you'd expect to pay for The Footsteps of Illidan loot card on ebay… only about $5.00!