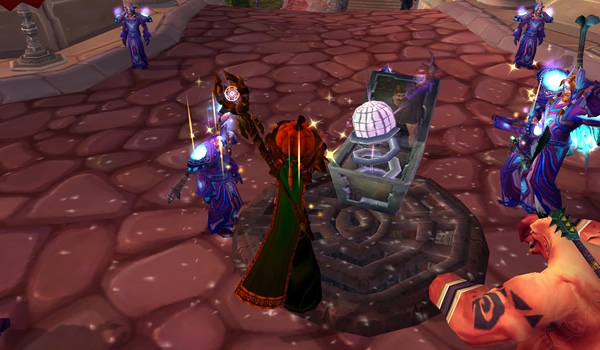 The Disco Inferno! Loot Card contains a code which is redeemable for one D.I.S.C.O. device.

The D.I.S.C.O. is used to create your own dance party anytime and anywhere. Using it places a chest at the player's feet, which out of it springs a disco ball, as well as some disco music. The music stops after about 20 seconds, but the mirror ball light show continues on as long as the D.I.S.C.O. is active.

Players clicking on the chest will receive a buff called “Listening to Disco”, which then immediately causes you to start dancing. The buff is available to both factions, so both Alliance and Horde players can join in on the fun together.

D.I.S.C.O. is an acronym for Dancer's Integrated Sonic Celebration Oscillator.

The Disco Inferno Loot Card is a rare card, found in 1 out of 121 booster packs from the Hunt for Illidan expansion set.

Hunt for Illidan booster boxes run about $60 each on ebay, so the average cost to acquire the Disco Inferno! Loot card would be about $300.00. 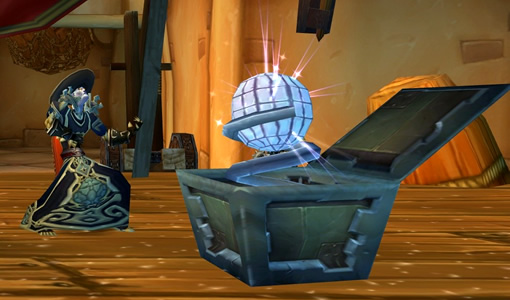