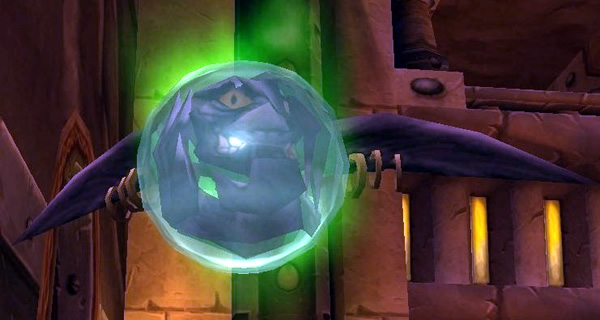 Imp in a Ball 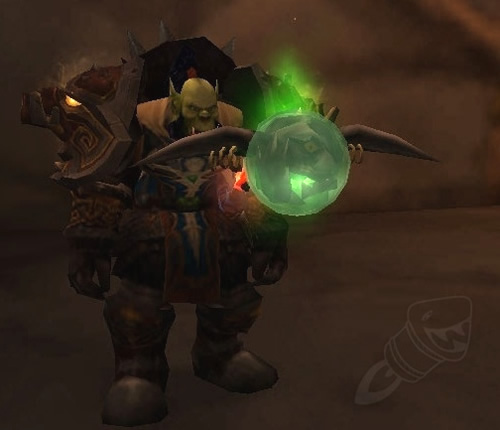 Once summoned, the Imp shakes up and down then tells a fortune to your entire group. If you're not in a party, it will whisper you in the form of an NPC.

The idea here is that the Imp in a Ball functions much like a magic 8 ball. The fortunes vary from funny to bizarre, and are very random. It's unknown just how many fortunes the Imp is capable of telling, but here are a few examples:

“Hey! You try telling the future when someone's shaking up your house!”
“I don't think so, boss.”
“The answer's yes in here, don't see why it'd be different out there!”
“It's as sure as the warts on my backside”
“Yes, unless I have anything to do with it”
“Jump three times and dance for ten minutes and it will definitely happen!”
“My sources say “no”. Before the torture, that is.
“I can't see why not, although, I can't see a lot of things right now.”
“Yes, it will rain. That's not what you asked? Too bad!”
“My fortune telling powers are immeasureable – your chances are though: NO CHANCE”
“The odds are 32.33 [repeating of course] percent change of success.”
“Avoid taking unnecessary gambles. Your lucky numbers are two, two and a half, and eleven-teen.”
“When Blackrock Freezes over”
“Survey says: BZZZZT!”
“Imp in a ball is ignoring you.”
“Hey! You try arranging furniture with some jerk shaking your house”
“Yes, but if anyone else asks… it wasn't me who told you”
“Hahahahahah, you're kidding right?”
“Sure but you're not going to like it.”
“I don't have to be a fortune-telling imp to know the answer to that one – No!”
“Yes, now stop pestering me”
“Yes! I mean no! I mean… which answer will get me out of here?”
“When dwarves fly. Oh they do? Then yes.”
“You remember that time you tried to drill that hole in your head?”
“What happens in the twisting nether, stays in the twisting nether.”
“Yes, yes, a thousand times, yes already!”
“Not unless you're some kind of super-person. And don't kid yourself, you're not.”
“NO – and don't try shaking me again for a better answer!”
“Yes, but I hoped I would never have to answer that”
“Word on the peninsula is YES!”
“Do you ask this question to everything that's trapped in a ball?”
“I ask myself that question everyday.”
“Da King! Chort ready to serve.”
“Are you making fun of me?”
“It's like my mother always said: “Razxx khaj jhashxx xashjx.”
“It pains me to say this, but “Yes”.
“This was NOT in my contract!”
“It's times like these that I wish I had a cooldown.”
“Are you my pal, Danny?”
“Wouldn't you like to know?”
“That's about as likely as me getting a date with a succubuss.”
“Yes, it will rain. That's not what you asked? Too bad!”
“Please… is Kil'jaeden red?”
“You should be asking “Is that rogue behind me going to kill me?”
“Yes, is my answer……….NOT!”
“Yeah, sure. You just keep thinking that.”
“XRA RAHKI MAZIZRA!”
“What kind of imp do you think I am?”
“Three Words – “ab – so – lutely”!
“Looks good for you…and bad for me.”
“You need Arcane Intellect, because that answer is obvious! NO!”
“Ruk!”
“It won't matter, you'll be dead by tomorrow.”
“I can make that happen. Just sign below the dotted line…”
“The outlook is very bad for YOU that is! Haha, take it!”
“I've consulted my fellow imps, and we think YES, except for that one imp.”

Those are some examples of what the Imp can come up with (thanks to Nebu7777 for providing those quotes).

The Fortune Telling Loot Card is extremely rare. It is found in only 1 out of 484 booster packs from the Through the Dark Portal expansion set.

Through the Dark Portal booster boxes sell for about $45.00 each on ebay, so the average cost to acquire one of the Fortune Telling Loot Cards would be approximately $900.00!

Imp in a Ball Demo Video