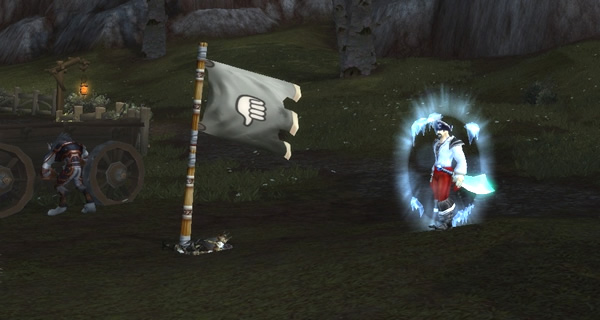 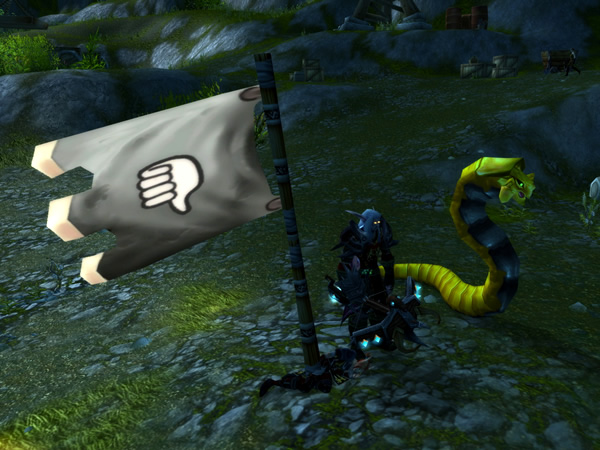 The Flag of Ownership is a reward from the Owned! Loot Card, found in booster packs from the Drums of War Expansion Set.

The flag has a cool “thoink” sound emote, which sounds something like a javelin being thrust into the ground. A “<character name> has placed the Flag of Ownership in <enemy player's> corpse” message will also appear in chat, announcing to nearby players who's just been owned.

This item is usable by characters of any level.

The Owned! Loot Card is found in booster packs from the Drums of War Expansion Set. It is a rare card, found in only 1 out of 121 booster packs.

Drums of War booster boxes run about $45.00 each and contain 24 packs of cards. At that rate, the estimated cost to acquire The Owned! Loot Card if you were to try and pull it from a pack would be approximately $225.00. 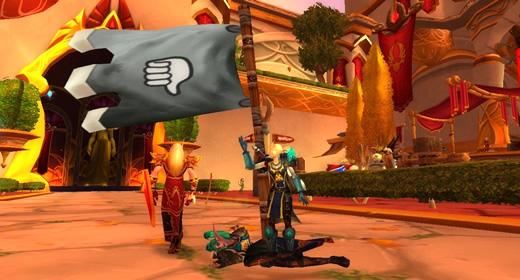