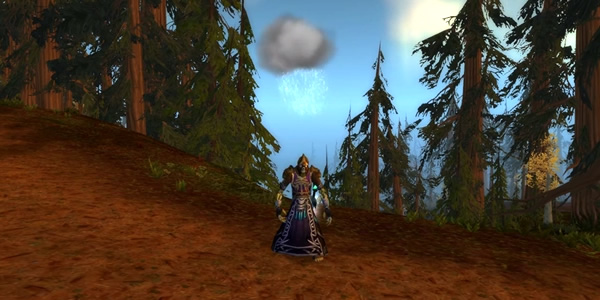 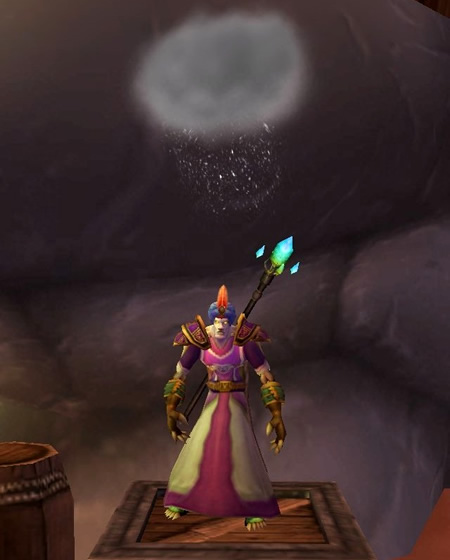 When used, the item will create a neat visual effect depicting a small weather system over the player's head. It can be one of four random effects...

The weather effect last for 30 seconds, but has a chance to refresh itself with another random weather system at the end of the 30 sec duration. The item provides the player with a novelty buff, called "Personal Weather". Weather systems usually last from 30 seconds to 2 minutes.

The Goblin Weather Machine can be used anywhere, including a taxi!

The on-use effect is in thirty second intervals, and the item itself possesses a 30 second cooldown.

The Personal Weather Maker Loot Card is a rare card, found in packs from the Servants of the Betrayer Expansion Set.

Servants of the Betrayer booster boxes run about $80.00 each and contain 24 packs of cards. With an approximate pull rate of 1 in 121 packs, the estimated cost to acquire the Personal Weather Maker Loot Card would be approximately $400.00.