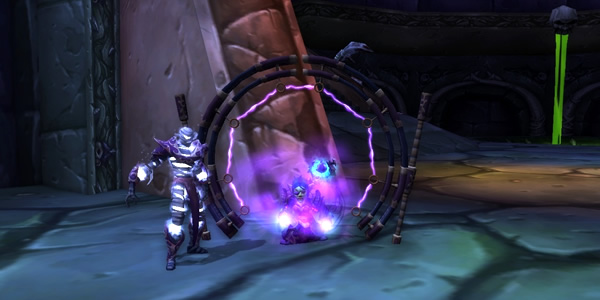 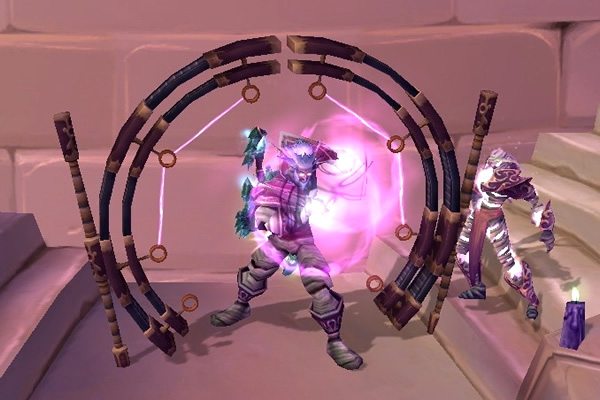 The Ethereal Portal provides a very fancy hearthstone effect. When used, it creates an Ethereal Gate similar to that which members of the Consortium use for hearthing, only the Ethereal Portal is much smaller. However… there is an unusual behavior you can achieve with this particular loot if you use it while mounted atop a Traveler's Tundra Mammoth. See this post for additional information.

The Ethereal Portal disappears after it's been used, or if the player cancels the effect at anytime during the cast. In other words, the gates are only visible during the hearth cast itself. Along with the visual effect, the Ethereal Portal also emits a crackling sound, just like the standard ethereal gates seen in Outland. 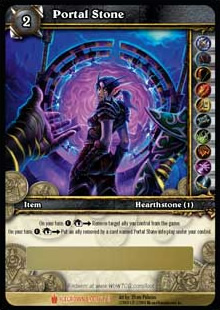 The Portal Stone Loot Card is considered rare loot, seated in only 1/121 booster packs from the Icecrown expansion set.

Icecrown booster boxes sell for about $60.00 each on ebay, so the average cost to acquire one of the Portal Stone Loot Cards would be about $300.00!

Portal Stone loot cards can be purchased outright for only about $50 – $60! 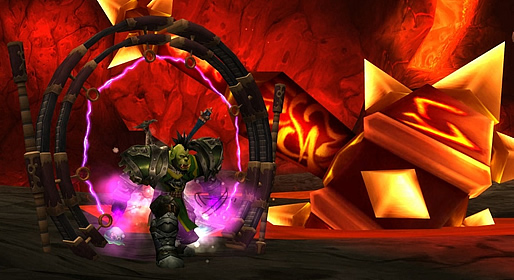