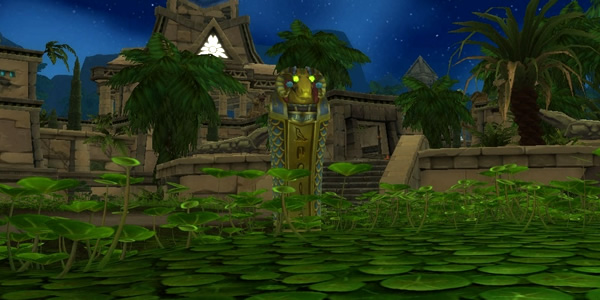 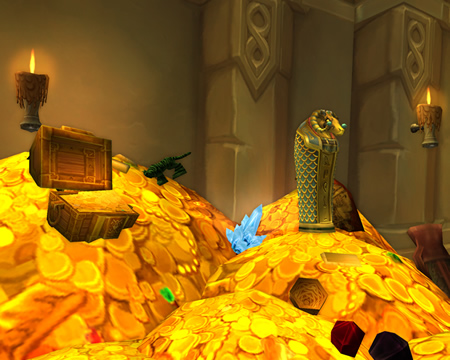 Using the Spurious Sarcophagus loot item summons a sarcophagus which houses your character for up to 5 minutes. Its effect is similar to the Statue Generator in that you are incapacitated until the effect the effect wears off or is cancelled.

When summoning and entering the sarcophagus, nearby players will also hear the accompanying sound effects and music that go along with the use of this item.

The Spurious Sarcophagus is usable by characters of any level. The item has a 10 minute cooldown.

This item is usable by characters of any level.

The Spurious Sarcophagus Loot Card is found in booster packs from the Tomb of the Forgotten Expansion Set. It is a rare card, found in only 1 out of 121 booster packs.

Tomb of the Forgotten booster boxes currently run about $90.00 each and contain 24 packs of cards. If trying to obtain the Spurious Sarcophagus loot card from a booster pack, one would have to spend approximately $450.00 to get it.