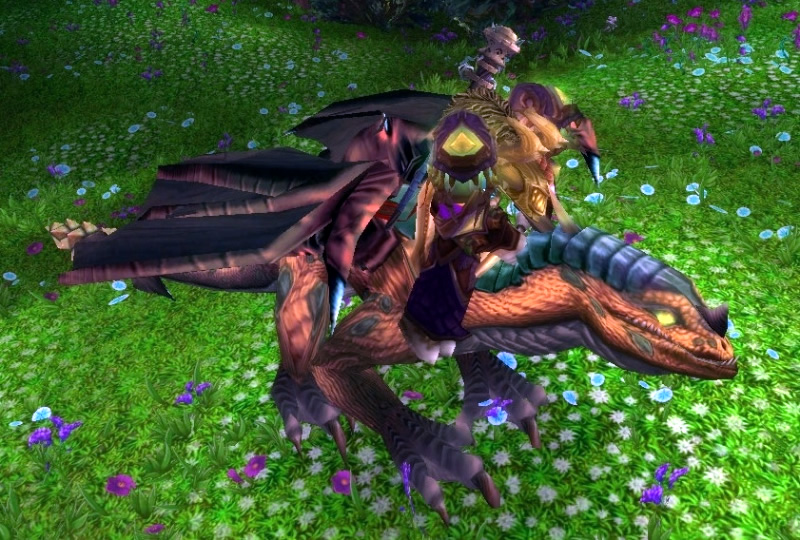 You must be at least level 20 with Apprentice Riding skill in order to use this mount. Once learned, its flying speed will adjust to your highest level of trained riding skill.

The Mottled Drake bears a similar model to the other Drake mounts, but has a unique spotted appearance. Images don't always do this mount justice, as the Mottled Drake is a very striking mount in-game. 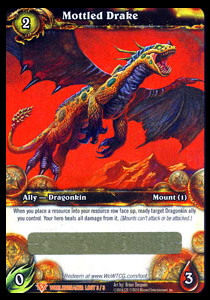 The Mottled Drake loot card is a very rare card. It is inserted into booster packs of WoW TCG Worldbreaker, at a rate of only 1 in 242 packs.

Booster Boxes of the WoW TCG Worldbreaker expansion set are selling for around $60 each (before S&H), and contain 24 packs of cards. Since you'd need to bust open about 242 Worldbreaker packs to find this loot card, the Mottled Drake could easily wind up costing $600 or more if you tried to pull it from a pack.

It can be purchased outright for about 1/4 of that amount.