Betrayal of the Guardian is set to be released in just a few short weeks, on February 22nd. Included in this new expansion is, of course, a very rare mount loot card…Ghostly Charger.

As with mostly all of the epic WoW TCG mount loot cards, the Ghostly Charger loot card is a very rare pull – included in only 1 out of 242 booster packs.

The Ghostly Charger binds to your entire account, so all of your toons will be able to enjoy this awesome spectral steed – provided they're at least level 20 & trained in Apprentice Riding. 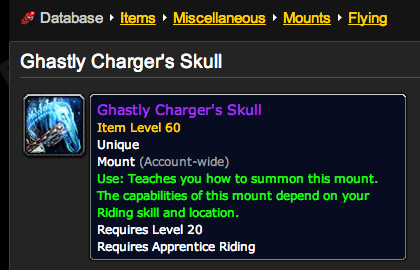 WoWHead shows it as a flying mount!

Not to mention…this mount is purely epic looking. I'm sure it will be quite popular among mount collectors. I know that if my main were a Death Knight, this mount would be a must-have.

The video below offers an early preview of the Ghostly Charger (including the other Patch 5.2 mounts), but as you can see, it looks as if the model was only partly finished for the video. The actual release will contain the ghostly mist emanating from it – which really sets it off, in my opinion. 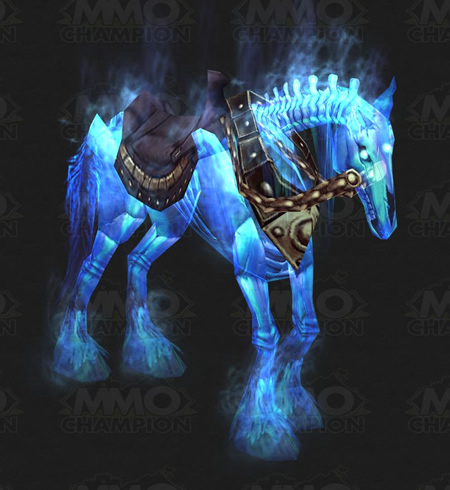