Now, as for the new loot contained in this upcoming expansion to the WoW TCG...there is none. That's right, you read that correctly, there is not going to be any new loot in Reign of Fire.

Instead...Reign of Fire will feature every single loot item that has ever been released for the WoW TCG! Pretty awesome, right!?

In the tradition of time travel - a prevailing theme in the Timewalkers block - the folks at Cryptozoic have elected to re-introduce loot cards from bygone eras. I'm talking... Saltwater Snapjaw, X-51 Nether-Rocket, El Pollo Grande, Foam Sword Rack, Owned!, Ethereal Plunderer, and even the highly coveted Spectral Tiger! All of them will be in there!

With all of the loot possibilities contained in Reign of Fire - 60 in all - this upcoming expansion will be the most exciting one ever, for loot collectors anyway! 🙂 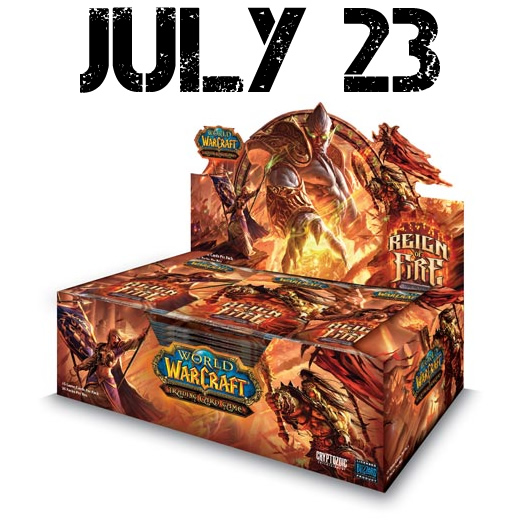