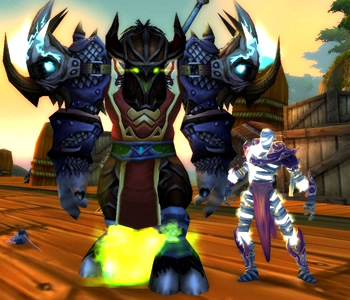 The Soul-Trader Beacon is the reward from the Ethereal Plunderer Loot Card. This item teaches you how to summon an Ethereal Soul-Trader.

The Ethereal Soul-Trader is quite possibly the most exciting companion pet available. He has many interesting features…

Ethereal Credits can be used to purchase a number of unusual items, including:

Here are a couple of pics showing what the completed set of armor looks like. The entire set will run you 2200 Ethereal credits. 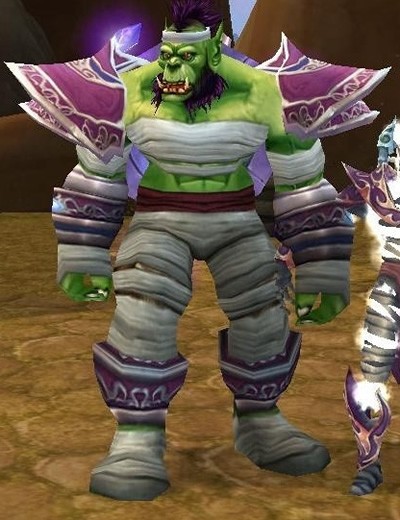 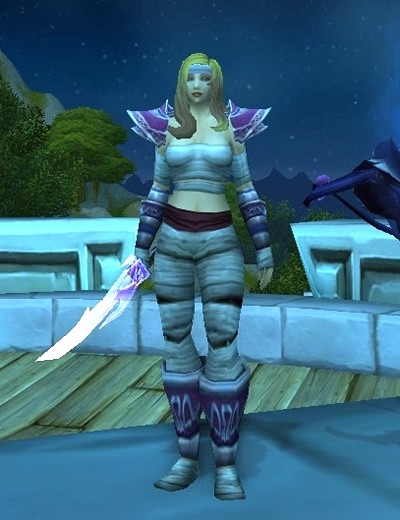 Note: Although the Ethereal Soul-Trader is a vendor for his specialty wares, he is not available for selling; however, you can buy items back from him.

The Soul-Trader Beacon also has a small chance to be found within Landro's Pet Box.

Due to an a lag exploit, the Ethereal Soul-Trader was hot fixed to not be usable in battlegrounds or arena, so you cannot summon him in zoned PvP instances. Sorry… 🙁

The Ethereal Plunderer Loot Card is found in packs from The Hunt for Illidan Expansion Set.

It is a very rare Loot Card, with only a 1 in 242 chance to be pulled from a booster pack.

The Hunt for Illidan booster boxes run about $60 each and contain 24 booster packs. The average cost to acquire this card at that pricing would be about $600.00.