WoW TCG Loot Card mounts are among the rarest and most treasured mounts in World of WarCraft. if you want to garner ooohs and aaahs from other players and be the center of attention, then any of the WoW TCG mounts will do the trick.

With the exception of a few extremely rare mounts, such as: the very first faction mounts which were patched out in 1.4, the Gladiator mounts, and the AQ40 battle bug, there really aren't any other WoW mounts which are as seldom seen as the WoW TCG mounts.

Which WoW TCG Mounts are the most popular?

So now that we've established the scarcity of these highly coveted WoW mounts, which of them are the most collected?

As of Patch 5.4.1, the current number of World of WarCraft characters is just shy of 30,000,000. Of those 30M toons, the WoW TCG mounts which most frequently appear in players' collections are…

The first flying mount offered through the WoW TCG comes in 3rd after the Spectral Tiger. Like the Spectral Tiger mounts, the X-51 Nether-Rocket loot card awards players with 2 versions of this super fantastic flying mount. Both mounts travel at the same speed, with the only difference (other than ilvl) being that the X-TREME version is red and the regular version is blue.

The Magic Rooster comes in at #4, making it the 3rd most popular ground mount offered through the WoW TCG. While not as majestic as either of the Spectral Tiger mounts, it is arguably the most comical. Strutting around on El Pollo Grande is SURE to get you noticed.

Coming in right behind the Magic Rooster is the Big Battle Bear, which is the reward from the Red Bearon loot card. The Big Battle Bear is unusual because it is one of only two bear mounts offered which aren't covered in armor and wearing goggles – the other being the Darkmoon Dancing Bear. Due to its unique model and understated appearance, this mount loot is highly sought after. 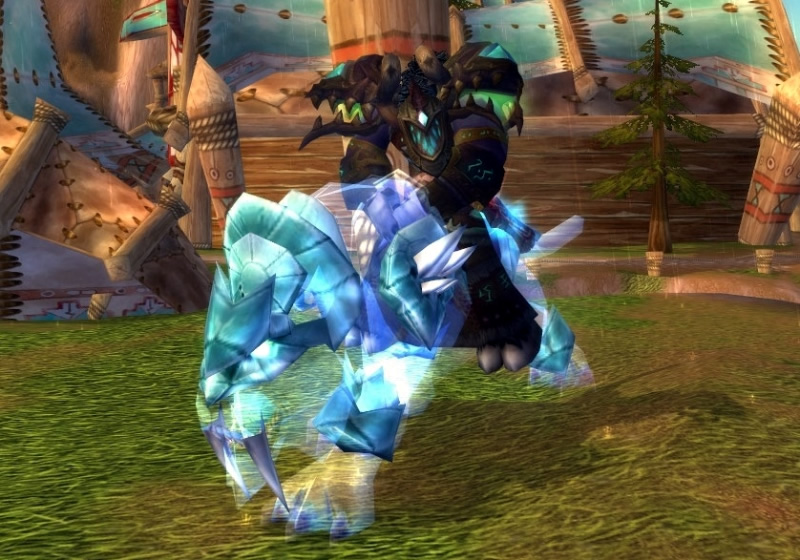 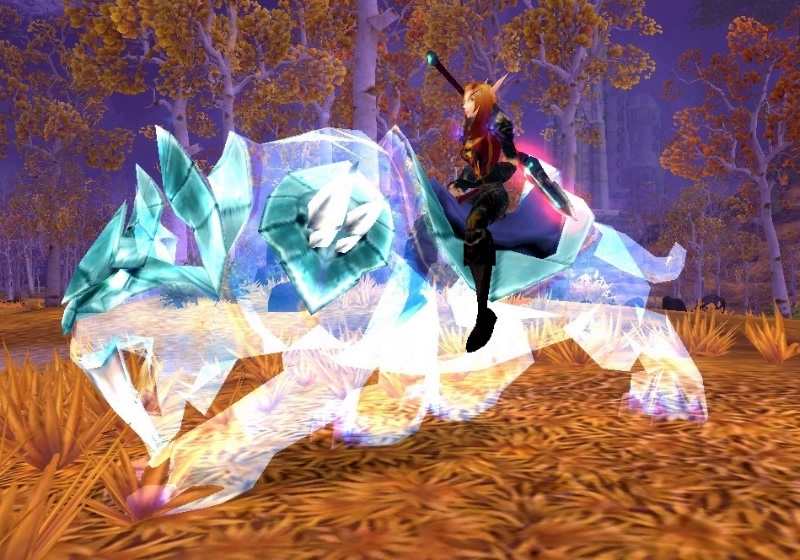 On August 31st, select hobby stores across the nation will be featuring for sale the new WoW TCG Archives premium foil booster boxes and packs. This highly anticipated release of the WoW TCG showcases a collection of the most popular WoW TCG cards, as well as loot cards, from the first 3 years of the game.

Much of the buzz surrounding the Archives set is due to the inclusion of premium “best-of” loot cards. The WoW TCG Archives booster packs will have the possibility of containing some extraordinary loot, such as:

Supplies on the WoW TCG Archives will be limited, as this exclusive release is only being stocked in select hobby stores. Be sure to reserve a box today or pre-order one on ebay.

For those of you who've always wanted your very own Spectral Tiger mount, but never had an extra $800 or so lying around so that you could buy one off ebay… well listen closely, 'cause here's your chance to nab one for free!

Cryptozoic Entertainment, producer of the WoW TCG, is hooking up hobby stores all across the country with some fabulous prizes to give away this weekend. These select hobby stores will be hosting Spectral Safari WoW TCG tournaments this Saturday and Sunday, July 24th and 25th.

But wait, there's more… all registered participants will be eligible to win a Spectral Tiger WoW Mount at the end of the event. You don't have to compete for it, you just have to be present for your chance to win! How awesome is that..?!

For those interested in signing up for an event in your area, please visit the Cryptozoic Forums for more information.

Better hurry though, because the first 25 Spectral Safari registrants receive a free loot code for a Landro's Pet Box!

Cryptozoic Entertainment, producer of the World of Warcraft Trading Card game, has just announced plans of an exclusive hobby store only release of an upcoming booster box entitled, Archives

Cryptozoic has selected 190 of the best cards from the first 3 years of the WoW TCG and has applied a premium foil treatment to them. In addition to this, they are also randomly inserting the most popular loot cards from that period as well.

Featured loot that you could find in these new WoW TCG hobby store exclusive booster packs include: the X-51 Nether Rocket, Red Bearon, Saltwater Snapjaw, and… GASP! Even the Spectral Tiger will be in there.

will hit select hobby store shelves in August. The suggested retail price for the Archives booster packs will be $5.99.

This is exciting news for both collectors of the WoW TCG and for premium loot seekers.

For the official announcement on this exciting new exclusive release of the WoW TCG, please see the Cryptozoic website.