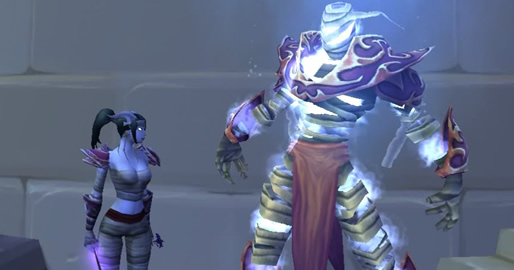 Do you feel lucky..?

Landro's Pet Box will always contain a 50x stack of one of the following consumable loot items:

With a little luck, you may also get one of the following:

Landro's Pet Box was a turn-in reward available through the WoW TCG UDE Points Program, which was shut down back in 2010. As a result, the pet box loot codes are pretty rare, but it's also important to note that even if you do find one, it's probably not worth buying.

The odds of receiving a rare in-game pet by way of Landro's Pet Box are quite slim. It is estimated that the drop rate is approximately 1%. By that estimate, it would require about 100 pet boxes in order to see a rare pet.

Landro's Pet Box is fun stuff, but if you want a particular pet bad enough, you're much better off just buying it from an ebay seller.