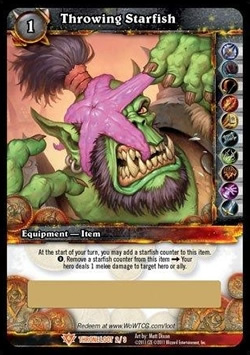 The starfish have a range of 30 yards for enemy targets, and 40 yards for friendly targets. They do nothing to their target other than apply an amusing visual of a starfish stuck to the target's face, along with a meaningless and harmless ‘Throwing Starfish' debuff.

The Throwing Starfish loot card is an uncommon loot card — found in approximately 1 out of 121 boosterpacks of Throne of the Tides.

Throne of the Tides booster boxes are currently selling for around $80-$90 right now, which would put the ‘approximate' price of this card at around $425 or more — were you to try and pull it from a pack.

However, the Throwing Starfish loot card be purchased right now for around $20-$30… a much better buy! 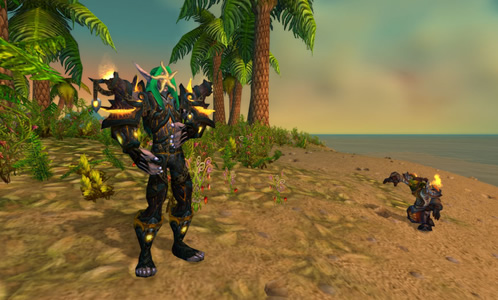