When it was originally released, the Amani Dragonhawk was only the third flying mount offered through the WoW TCG. It is a very fast mount and will automatically scale in speed to your fastest level of trained riding skill; however, you must be at least level 20 and have Apprentice Riding to use it. 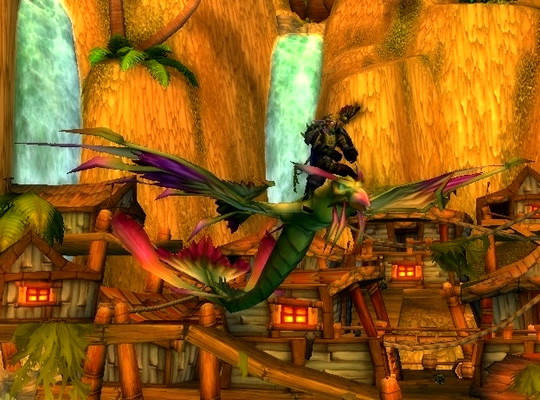 The Amani Draghonhawk loot is not bind on pickup, so it may be traded in-game or sold on the auction house before it's been used. The typical buyout price for this mount is usually around 3.4M (as of Patch 8.0.1). 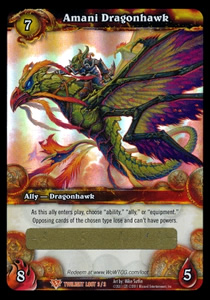 The Amani Dragonhawk Loot Card is found in packs from the Twilight of the Dragons expansion.

The Amani Dragonhawk Loot Card is found in approximately 1 out of 242 packs, making it a very rare card.

Twilight of the Dragons booster boxes run about $220.00 each and contain 24 packs of cards. At that rate, the estimated cost to acquire the Amani Dragonhawk Loot Card – if you were to try and pull it from a pack – would be approximately $2,200.00.