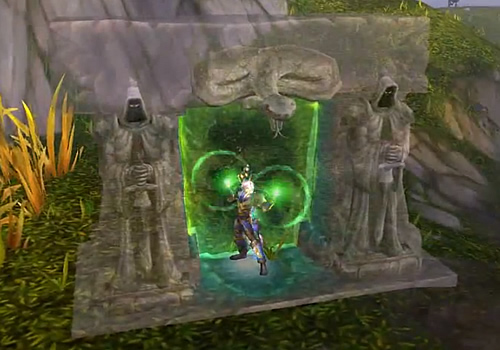 The image above is a still from a video preview of the Dark Portal and Ghastly Charger loots. To watch the Dark portal in action, see this post.